You are here: Home / Archives for #CalamigosRanchWedding

This wedding spanned the globe and brought 2 families and 3 cultures together; Chinese, Korean and American cultures were acknowledged beautifully. 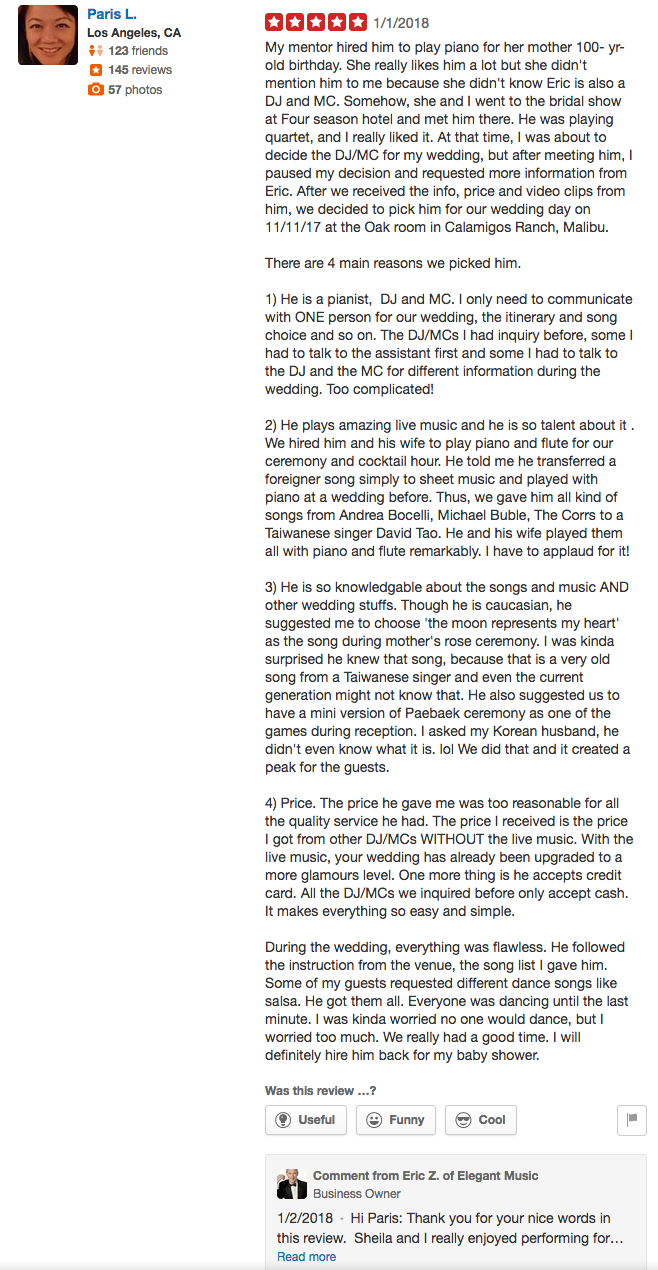 Wedding Ceremony with a Waterfall and Chandeliers!

After dinner I conducted a game where contestants danced on a newspaper… that was then folded in half… and then in half again into smaller and smaller sections. Everyone had fun and the winning dance couple received a very nice gift.

The Pyebaek Ceremony is a Korean wedding custom where the married couple acknowledges their parents; similar to a Tea Ceremony. The parents bless the couple by throwing walnuts into the ceremonial apron of the bride for “Boy Babies” and Jujubes for “Girl Babies”. At the end of the ceremony the bride jumps on the groom’s back and he carries her out of the room (to start their honeymoon). See video below. Read what Wikipedia says about a Pyebaek Ceremony.

Centerpiece give away Game with Toasts

This is impromptu speaking where the spoon holding guests speak from the heart and wins the centerpiece.

Bouquet Toss that took everyone by surprise!

Now occasionally I hear rumor that “Asian audiences don’t dance” at weddings.  Well this certainly wasn’t the case at this wedding. Paris who really knew her guests provided great list of dance music. Dance they did and everyone had a great time.  Here is what I played: 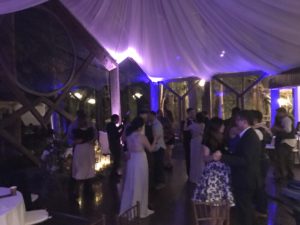 You Send Me (Duet with Chaka Khan), Rod Stewart

For the Love of You, Isley Brothers

Shape of You, Ed Sheeran 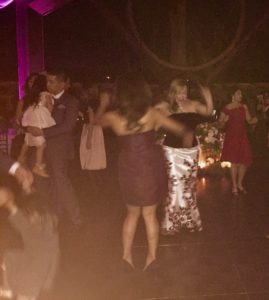 Don’t Stop ‘Till You Get Enough, Michael Jackson 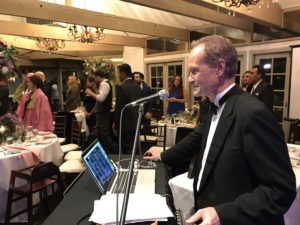 I Love It, Icona Pop

How Sweet It Is To Be Loved By You, Marvin Gaye

I Know You Want Me, Pitbull

I Got You, James Brown

Can’t Take My Eyes Off Of You, Frankie Valli

Congratulations to Peter and Paris!  Thank you for including Sheila and I in your wedding celebration.