You are here: Home / Archives for Pasadena Museum of History

By studying history and tradition we have the opportunity to learn about actions that have proven successful and this data can help us navigate the future. In order for an idea to become a tradition it must be a good idea. A brief look the history of The Tournament of Roses Parade is a study in the success of a very good idea.

Members of the venerable Valley Hunt Club established the first Pasadena parade in 1890. At the time many of the members of the club were former residents of the American East and Midwest. They wanted to showcase the weather of their new California home. At a club meeting, Professor Charles F. Holder announced, “In New York, people are buried in the snow. Here our flowers are blooming and our oranges are about to bear. Let’s hold a festival to tell the world about our paradise.”

Activities soon included ostrich races, bronco busting, and an odd novelty race between a camel and an elephant. (The elephant won the race.) and the rest they say is history; Pasadena History.

In addition to providing music for parties. Elegant Music also performs at weddings.  So we were the first in line to perform for the Wedding Gown Exhibit at the Pasadena Museum of History.  See:  “I Do!  I Do!  Pasadena Ties The Knot.”

It’s all happening in Pasadena

2013 marked the 100th anniversary of the Rose Bowl and also the 125th year of the “Tournament of Roses Parade.”

On the Saturday right after Valentines Day, Sheila and I performed Flute and Piano music at an exhibition of vintage wedding gowns at the Pasadena Museum of History. In addition to being on the national registry of historic sites and serving Pasadena as a museum the Pasadena Museum of History is also a beautiful location for weddings and special events so it was fitting that in addition to requests we predominately played traditional and contemporary wedding processionals while VIPs toured the exhibit. We had a lot of fun and received many compliments.

I Do! I Do! California Ties The Knot 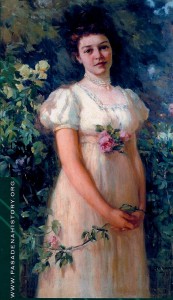 Pasadena Museum of History is located at 470 West Walnut Street, Pasadena, CA. 91103 on the corner of Walnut and Orange Grove very close to the starting point of the Tournament of Roses Parade.